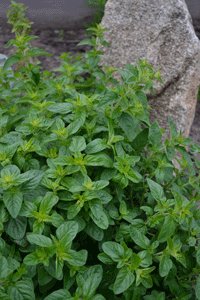 There is a plethora of oregano oil health benefits claimed but there is also some confusion so let's straighten that out first.

I should mention in 2005, the US Federal Trade Commission brought legal action against a firm that had claimed oregano oil health benefits included treating colds and flus, and that oil of oregano taken orally treated and relieved bacterial and viral infections and their symptoms. That being said, let me remind you that this website is for information purposes only and the information, products and the claims made about specific products and/or remedies on or through this site have not been evaluated by the United States Food and Drug Administration and are not approved to diagnose, treat, cure or prevent disease.

Sorry, had to get that out of the way.

If you're confused by the different oregano products out there hopefully I can clarify some of it.

OREGANO FACTS - Do you know there are about 40 different types of oregano? It's true but the medicinal oregano we are interested in is Origanum vulgare. This wild oregano is from the Mediterranean and contains the highest amount of antioxidants. Look for Origanum vulgare on labels because this makes the best oil of oregano.

The healing powers of oregano are nothing new. In fact, the ancient Egyptians used it as a preservative and antidote to poison. The Greeks used it as an antidote to narcotic poisoning, convulsions and used an oregano poultice for painful swellings. Culpeper wrote about it and Hippocrates used oregano as an antiseptic, as well as a cure for stomach and respiratory ailments. Oregano is definitly not the new kid on the block!

Wild oregano is recognized as having one of the broadest ranges of antimicrobial effectiveness known among plants. It has been regarded for the following properties:

Oil of Oregano and Candida

Candidiasis (the fungal infection from Candida albicans) is common and greatly overlooked by todays doctors. Because it can affect virtually any part of the body it's symptoms are wide and varied. Candida can take hold both externally (nails, skin, feet, etc.) and internally (mouth aka. Thrush, intestines, vaginal tract, urethra, sinuses, ear canal - just about anywhere). Dr. Cass Ingram's book, The Cure in the Cupboard, suggests taking Oil of Oregano for several weeks to fight off this difficult infection.

Because oregano oil is so good at killing off bacteria it's suggested that a good probiotic be taken also if you plan on using this treatment for any period of time! Take the probiotic a couple hours after the oregano oil though.

Oil of Oregano Contraindications and Cautions

As you can see the oregano oil health benefits and uses are so many that it could almost be considered a panacea! Don't forget the best oil of oregano goes by the botanical name Origanum vulgare so make sure that is on the label!

Please share your own oregano oil health benefits below...

Do you have any Oil of Oregano stories?

Housewife
Have used P-73 Oreganol for years to treat allergies, cold & flu like symptoms. Cannot take antibotics they give me yeast infections. Good for arthritis …

oregano oil is helping me BUT only in safe quantities
My rash, v e r y itchy little red spots growing to egg size, started at my legs. The rash expanded, moving slowly higher. When it nearly reached my …

Oil of Oregano healed my son
My son returned home with an severe rash, from being stationed in Middle East for 2 year deployment. This rash covered over 90% of his body and was causing …

Toe Nail Fungus Cure
I had toe nail fungus for years and tried all kinds of medications to get rid of it to no avail. I put concentrated oregano oil in a bandage pad and wrapped …

Wild Oregano for Allergies & Sinusitis
Watch Dr. Cass Ingram speak about the fungus among us on the afternoon news in Los Angeles, CA. Natural cures for allergies was the topic of discussion. …

How to Make Oregano Oil
Herbalist shows you how to make oregano oil from an oil of oregano and olive oil mix. Steven Foster, expert on medicinal plants and herbs, and author …