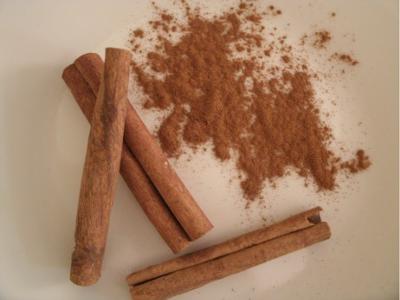 Oh Cinnamon, how do I love thee? I add you to my morning oatmeal, Elderberry syrup, and applesauce (and apple pie); I drink you in tea and hot chocolate, and enjoy you in savory dishes…aaahhhh the wonderful and diverse culinary uses of Cinnamon!

BUT, do you know that Cinnamon possesses incredible healing properties? Traditional herbalists around the world have great respect for the vast applications of this herb/spice.

First, a bit of education (for something to discuss at dinner): Cinnamon is mentioned in Chinese texts as far back as 2700 B.C. Ancient Egyptians used it to embalm their dead. Moses was told to make holy anointing oil using two different kinds of cinnamon. In the 1st century A.D., written works describe cinnamon having fifteen times the value of silver by weight. The early Arabians made up stories about its nature and cultivation in order to protect the spice and keep prices high!

The word Cinnamon is a common one, but it can refer to over 100 different varieties of cinnamon trees (yes, trees) around the world. The following two species are the most commercially available:

• Cinnamomum cassia, the cinnamon we generally find in stores, is typically native to China, Vietnam and Burma and is considered to be spicy and pungent.
• “True cinnamon”, or Cinnamomum zeylanicum (Ceylon cinnamon), is native to Sri Lanka and is said to have a sweeter and lighter flavor.

Cinnamon is soothing to a cold, tired and/or weak body; it enlivens you and warms and stimulates all the body’s vital functions. It increases circulation and gets sluggish digestion moving along. It can ease gas pains, indigestion, the “I ate too much and my stomach is SO full” feeling, stomach cramping and diarrhea.

Cinnamon likes to help your mouth and teeth. It has pain-relieving (analgesic) properties to help ease toothaches; can be used in powder form to help whiten/brighten teeth and give you fresh breath; and provides great overall oral health support due to its astringent (tissue tightening) and anti-microbial (kills bacteria) properties.

Cinnamon has been shown to have a positive influence in helping heal E. coli, staph infections, botulism, and aflatoxin. He is effective against Candida overgrowth, stopping yeast infections that western pharmaceuticals are unable to resolve.

Cinnamon will lower the sugar spike after a meal. Hypoglycemic types and diabetics will find cinnamon useful to their dietary regime to help keep their blood sugar level balanced. (People with insulin-dependent diabetes should consult their doctor about taking cinnamon so their insulin levels can be appropriately monitored/adjusted).

Cinnamon has nutritional benefits too - it is high in manganese and a good source of calcium and iron.

Caution: Cinnamon is a blood thinner – if you are on blood thinning medication, please consult your doctor! Cinnamon in large doses is contra-indicated during pregnancy – it’s a uterine stimulant!

Having only touched lightly on cinnamon’s medicinal benefits, I encourage you to look further into this delicious, amazing spice and see if it’s appropriate for you!

Note: Information presented here is for educational purposes only and is not intended to diagnose, treat or prevent illness. Please be wise with your choices, seek medical attention/direction if symptoms do not improve or get worse, if you are pregnant or nursing, on medications, or if you are already under a doctor’s care.