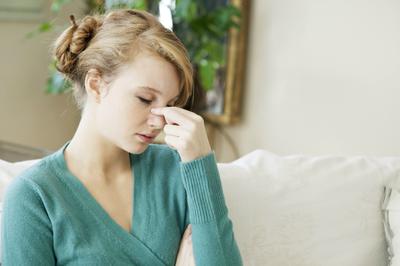 It’s the most frequently reported chronic disease. Chronic sinusitis can also be caused by structural abnormalities of the nose, such as a deviated septum (the bony partition separating the two nasal passages), or by small growths called nasal polyps, both of which can trap mucus in the sinuses.

The effect of inflammation in the sinuses is swelling. Swollen sinus cavities block the body’s normal ability to drain mucus out of the nostrils. Trapped mucus is moist, stagnant and warm, creating the perfect environment for the growth of bacteria. I regularly had to deal with head aches, swollen eyes, sensitive ears, allergic cheeks and neck and ankle cramps.

Sinusitis During Pregnancy & How I Dealt With Personal

Sinusitis is especially a pain to deal with during pregnancy. The tricky thing about sinus is the part about figuring out whether they're pregnancy-related or not. Thankfully or sadly, I still don't know, in my case, I was suffering from this condition much before my pregnancy so I knew it was a complication caused by it. But in some cases, most normally, that is not the case.

Pregnancy can cause the blood vessels and membranes in your nose to swell (yep, along with a whole lot of other swellings – it's not just the belly dear, in case you thought so), making it tough to breathe through the nose, at most times during the day. And this can happen even if there is no infection, but just a bad sinus attack. Luckily enough, whether it is something you've got during pregnancy or not, most sinus infections do subside with time, if treated early. Expecting mothers often feel traumatized about the thought that the infection may pass on to their young one, and take over the counter prescriptions at times. This may prove dangerous, as in you are welcoming uncalled for antibiotics, that too when you really don't need them. Home remedies can surely be a blessing in this case and they being natural, are of great help, without any side effects or unwarranted reactions to the baby.

It is a fact that more than 20 percent of all antibiotic prescriptions for adults in outpatient care are for treating sinusitis. Unfortunately, most of those people probably don’t need the drugs at all. Here’s why I personally believe so:
• The drugs usually don’t help
• They can pose risks
• They’re usually a waste of money
• Un-called for side effects aren't something you really need

Prevention is the key to get rid of this Nose blockage!

Commendable Home Remedies Which Helped Me Throughout

Most people recover from sinusitis caused by colds in about a week, but several self-help steps may bring some relief sooner:
• Rest. That’s especially important in the first few days when your body needs to channel its energy into fighting the virus. It also helps to elevate your head when lying down to ease postnasal drip. This simple step has greatly helped me, and what's the trade off? Nothing at all. You get to sleep and rest all day!
• Hydrate. Warm fluids can help thin nasal secretions and loosen phlegm. So the more water you lose, the more one needs to replenish. Green teas and a lot of warm water drinking helped me.
• Stay Warm. Warm, moist air from a bath, shower, or kettle can loosen phlegm and soothe the throat.
• Gargle. Using half a teaspoon of salt dissolved in a glass of warm water for clearing congested throats.
• Rinsing nose. Saltwater sprays or nasal irrigation kits always made me feel better.

Well, Now To The Big Answer – Here's How I Treated Myself Through Home Remedies

1. Garlic: Garlic is commonly used to season and flavour foods, but it also has medicinal uses. It has been used to increase immune system effectiveness, prevent cancer, protect the liver, reduce cholesterol and kill harmful bacteria. For my Sinus, it worked wonders. I took two cloves of garlic and boiled it in one cup of water. On drinking this solution, I could feel an immense relief in my blocked nose and then I kept following it time and again.
2. Steam inhalation: It requires boiling some water in a bowl. Adding about one tablespoon of crushed carom seeds (Ajwain), to the boiling water and start inhaling the steam. I was a bit careful in maintaining some distance from the bowl. This can be repeated 3-4 times a day in order to clear the sinus congestion. Trust me, it works wonders!
3. Eucalyptus oil: We all know how eucalyptus oil is a blessing for those suffering from cold, flu, body ache, sore throat, and sinusitis. However, if not used the correct way, this super strong natural oil can soon become more of an agitator than a reliever.
I added 2-3 drops of eucalyptus oil to a handkerchief. And then inhaled the aroma that it releases. This can be repeated 3-4 times a day. It instantly opens up the air ways. This served to be a very simple though effective remedy for sinus congestion.

Other Tips for Preventing and Treating Sinus Infections
• Using a humidifier at night to open nasal passages.
• Taking hot showers and inhaling the steam.
• Getting plenty of sleep and avoiding stress.
• Getting plenty of fresh air.
• Elevating the position of head while sleeping to help drain sinuses.
• Exercising regularly.
• Avoiding polluted areas.
• Avoiding the use of chemicals that emit strong fumes.
• Washing hands often as bacterial and viral infections are most common causes of sinusitis.

Join in and write your own page! It's easy to do. How? Simply click here to return to Post your Herbal Videos or Tips.